Home » Blog » The Truth Behind Luck

Have you ever looked at someone and thought…”My God, they are so lucky?”  It is so easy to see someone’s success as luck, but it’s essential to realize that what you’re looking at isn’t luck at all; instead, its a compilation of hard work leading up to that golden moment when an opportunity presented itself.  And by opportunity presenting itself, I mean that someone noticed the developed talent created through hard work.  It may also be that what we perceive as luck is years worth of consistent self-improvement.

As I look back at this month’s guests, I realize that they each seem to have this crazy streak of luck—this one defining moment that launched them into their successful career.  The truth is that this shining moment, which opened up a whole world of successful opportunities, would have been wasted had they not been prepared.  Let’s unravel this thought, this phrase, this idea, that Luck Favors the Prepared.

When I was young, I started asking my dad a boatload of questions about his job.  He was the executive sous-chef at a resort not far from home.  He had the great honor of serving movie stars like Lucile Ball, money moguls like Howard Hughes, and countless politicians.  The most amazing part was that my dad started his career, of 30 plus years at Pheasant Run, as a dishwasher.

He had never taken much interest in being in the kitchen during his younger years, but he seemed to be thriving at his new job.  That’s not so say that he loved washing dishes; instead, he did what he was paid to do and then some.  He watched carefully as the chefs would create sauces, he paid attention to the routines, he noticed pitfalls and ways that things could be improved.  After two months, he transitioned into the role of cook helper.  His curiosity continued, and he absorbed as much information as possible.  He was soon promoted again to night chef, and he was in charge of everything from theater dinners to banquets.  His role there lasted for 20 years until finally, he took the role of executive sous chef.

If you’ve ever seen a chef cook, you know their skills go beyond learning how to cook a good steak.  My dad became a master of sauces, could cook for thousands of customers a night and was responsible for inventing many incredible dishes…many of which bore his name.  Although you could say he was at the right place at the right time, the reality was that my dad’s desire to learn was more significant than his fear of not knowing all of the details.  He cooked for us at home every single day.  On Sunday’s we always had family over for big cookouts.

Up until this March, when the pandemic put a damper on things, we were still gathering at my parent’s house every Sunday…all 14 of us!   When we show up to dinner, he often shares a new dish that he has created.  His mind is still inquisitive even after being retired for many years! It was through my dad’s curiosity and his ability to devour information in cookbooks that led him to that point in time when he was asked to be a helper in the kitchen and ultimately promoted to executive sous-chef.  So was he lucky that they asked him yes, but would they have asked him had he not been prepared?  NO.  He wasn’t any bit more fortunate than the guy working beside him.  He was more prepared.  When you’re ready to give your all to see yourself in a better situation, I guarantee somebody will notice.

I’m not sure if I mentioned that my guest in episode 32 was none other than my sister-in-law’s husband, Robby.  When I first met Robby, he was working at The Violet Hour. As he explains it, he, too found himself keenly observing what was happening behind the bar.  It was his ambition to learn and grow that primed him for that seemingly lucky moment.  When he partnered with his friend in making Besk, Robby further refined his skills for the next opportunity.  At the time, he had no idea what would be in store for him just a few years down the road.  His knowledge and honed ideals created the perfect combination for his next partnership in creating Apologue and, his most recent endeavor, the ever so popular Big Star Canned Margaritas.  Sure it would be easy to look at his wild success and call it luck. Still, in reality, there were years of learning and hours of testing that led to his success, whether obvious or not…success is built on a steady foundation of learning, baby steps, and someones keen observation of your potential.

One of my favorite stories was one that Cynthia told me in episode 33.    It turns out that all it took for Cynthia to get hired to work for Martha Stewart was a phone call to a friend who told her to show up at the studios the following day.  I knew that when she said that that EVERYONE would call it luck. The truth behind it is that Cynthia had already had a long journey in creating.  Not only was she more than qualified, but she also had the ambition to take her career further once she was hired.  I can only imagine the hundreds of people working in creating crafts, kits, ideas, etc., and yet very few worked alongside Martha on her show.  Let’s face it,  if Cynthia was sitting on her couch eating pizza and doing little else for the first part of her adult life, that call to her friend might have gone entirely different.  Ultimately, Cynthia refined her passion and created the most charming business ever!  She’s able to share some great content for her Patreon community, and I’m pretty sure it’s all in part because of the experiences she had throughout her career.  In every job and every situation, we gather more and more information.  If you can sort through the pieces, you too will find yourself with a business that you’re good at and that you thoroughly enjoy.  I genuinely believe that you can be ready for your golden moment by preparing a little bit each day.  Maybe no one will notice you on day one, but by the time that opportunity comes knocking, you’ll be prepared.

So what’s the big deal if you’ve been calling it luck instead of recognizing that it’s all about preparation?  I believe it’s dangerous to call someone’s success “luck.”  In doing so, you eliminate all of the hard work, learning, and practice that led to their success.  It gives you an out or a victim’s mentality.  It allows you to feel that luck just hasn’t been as gracious with you.  It gives you permission to take the back seat and wait for luck to come knocking at your door.  When you assume you’re just not that lucky, you give yourself the perfect excuse to set the bar very low.  In essence, you’re saying that your success is not in your hands.  The sooner you look towards the actual events that led to someone’s so-called luck, the quicker you’ll be able to put yourself on a similar path.  It turns out that basking in the joy of learning and self-improvement is ultimately rewarded by opportunity.

So the next time you find yourself saying that someone is so lucky, just remind yourself that luck favors the prepared.  This small change in thought channels the responsibility of success back onto your plate.  It’s this change in perspective that will lead you to act.  Once you’re in the driver’s seat of your success, you’ll find that almost anything is possible; it’s all up to you!

And now for some reminders and updates!  I recently found out that the form that I have for potential guests was not working correctly.  If you have filled out a request and I have not contacted you, please fill it out again.  My sincerest apologies. I would love to learn about you and your business. I feel terrible that the form was broken!  My friend Sohag and WordPress extraordinaire has just created a new site and home for all these episodes.  You must take a peek at the website.  You’ll find it under www.handmadeceo.com.

If you sign up to receive a newsletter, I’ll be sure to send you a recap once a month with offers from past guests.  I don’t earn a commission or referral from your purchase.  I’m just happy to share these talented business owner’s stories and share the offers they have for you!  I’ll still post on my blog and hope you’ll visit me there too!  As always, I’m grateful for everyone that has taken the time to subscribe and leave a review!  If there’s a topic or guest that you would like to hear on the show, be sure to send me a message!

Now is the perfect time to launch your Etsy shop!  Click HERE to get 40 free listings.

Some of the links may be affiliate links, and I will earn a commission if you purchase through those links. I DO NOT receive any affiliate income from guest featured on the Handmade CEO. 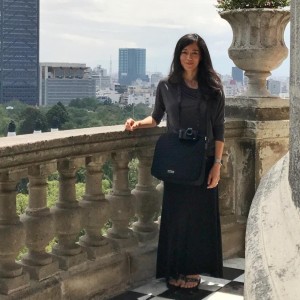 Submit your handmade story for a chance to be featured on the Handmade CEO podcast!

Get my exclusive newsletter on all things handmade, free guides, and more!

I promise not to spam you!